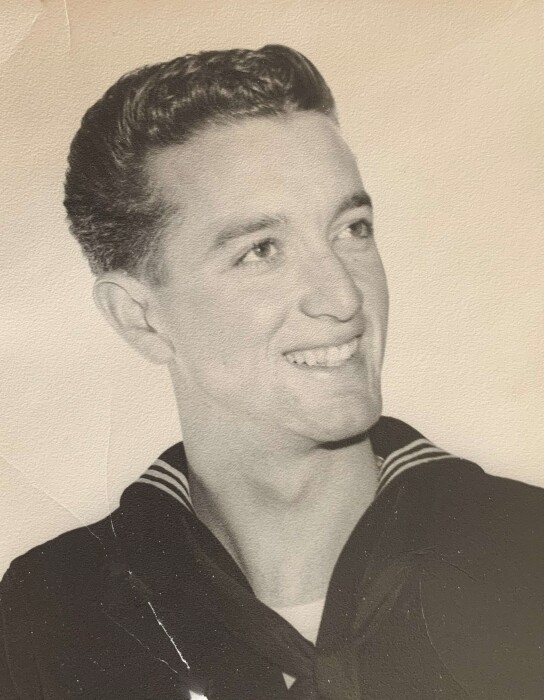 Gene was born on February 4, 1945, in Berkeley, CA to Clinton and Zella Lenora Reed. He was one of six children and spent his formative years in California and Oklahoma working on his parents’ farm where he quickly learned the arts of raising animals and training horses. In 1965, after high school graduation, he enlisted in the U.S. Navy and served as a Petty Officer 2nd Class on the flight deck of the USS Kitty Hawk during the Vietnam War. During his service, he received multiple commendations including The National Defense Service Medal, The Silver Star for Vietnam Service, a Presidential Unit Citation, and The Bronze Star for his Navy unit.

While stationed in Philadelphia, he met Loretta Ann Dymek and they were married on July 8, 1967. They moved to San Diego, CA, and began their lives together. In 1973, they welcomed their only child, a daughter, Jolee, in Santa Barbara, CA.

Gene continued in the service until 1971 when he transitioned to a career in car sales. He and his family moved throughout Southern California as Gene transferred from dealership to dealership learning and advancing his career. In 1989, he and Loretta settled in Northern Idaho when he purchased Post Falls Mazda and became the dealer principal he had always dreamed of becoming. Gene was always infatuated with cars and motorcycles – even as a young boy he was racing cars, fixing bikes, or learning how to modify an engine to get the most out of it. He was known for his love of country music, his passion for collecting Elvis Presley paraphernalia, and, his “old Okie sayings,” which, if you were lucky, he would regale you with for both entertainment and to help “guide” you in life.  He was a loyal friend and mentor to many.

Gene was preceded in death by his father, mother, younger brother Billy Don, and wife Loretta. He is survived by his daughter Jolee, his two grandchildren Reed and Greer, sisters Judy, Joyce, and Teresa, and his brother Charlie. Gene will be interred at the Washington State Veteran’s Cemetery in Medical Lake. In lieu of flowers, please consider donating to the Hospice of North Idaho, Schneidmiller Hospice House.

Plant a tree in memory of Duard by clicking here.
To send flowers to Duard's family, please visit our floral store.

Plant a tree in memory of Duard
An environmentally-friendly option

Plant a tree in memory of Duard

1 tree planted in memory of Duard

Gene was bigger than life and a generous friend to his adopted hometown of Post Falls. He and Loretta hosted epic Super Bowl parties which fell on or near his birthday. Losing his sweetheart Loretta in recent years left a huge hole in his heart. We will remember Gene's contributions and his sense of humor, rejoicing in his heavenly reunion with sweet Loretta. ❤

Gene was a wonderful man! My condolences to his entire family.

I’m happy to say Gene and I were partners and friends, he threw some wonderful parties and entertained many. Loretta was his jewel and Jolee was like a niece to me. I choose to remember good times. My love to the family and I share their loss

A Memorial Tree was planted for Duard Gene Reed

Plant a tree in memory of Duard