Plant a tree in memory of Paul
An environmentally-friendly option 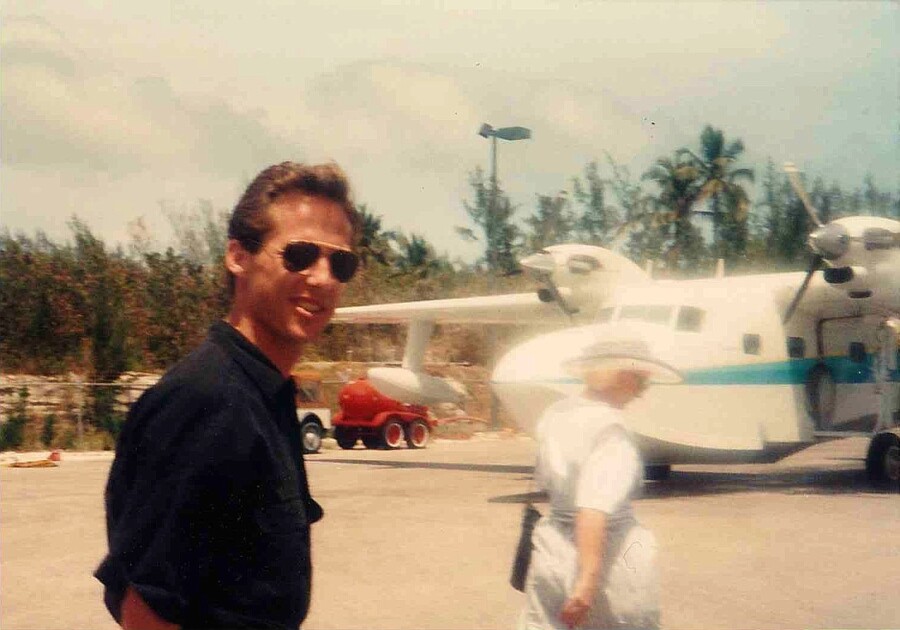 Paul Kevin Fromdahl, 66, of Coeur d'Alene, Idaho, passed away unexpectedly in February 2021. Born Oct. 8, 1954, in Tacoma, Wash., to Earl and Phyllis Fromdahl. It was there as a young boy that he discovered his love for aviation and speed.

Paul won numerous ski and motocross races in his teens, loved to scuba dive, became a licensed pilot at age 19, worked as an air traffic controller in Albany, Ore., for years and flew single and double prop planes until the 1980s, when his vision changed. When asked about airplanes, he would tell the story of how, as a little boy, he would climb the fence at the airfield near his home just so he could touch the tail of an airplane parked on the tarmac. Paul had a great career in the aviation world and then settled in Coeur d'Alene, working at the Coeur d’Alene Airport for AeroStar Aircraft Corp.

Paul enjoyed all four seasons after a lifetime abroad and was happy to call Coeur d'Alene home for the last 24 years. He often enjoyed the local ski slopes and boating on beautiful Coeur d’Alene Lake. Upon his retirement, he enjoyed tinkering in his garage with his son, Alex, often working on cars and bikes. He read the daily paper or a book from the local library with his cat, Minnie, and spent his evenings out enjoying time with friends downtown. Paul was also a decade-long member on the Fraternal Order of the Eagles CDA #486.

Paul is survived by his son, Alex Fromdahl and daughter, Laura Cogburn (Mark) and two grandchildren, Reagan and Ricky. He is also survived by his three sisters: Adrienne Hager, Shelley Ackley (Bill) and Gail Norvell (Larry). He is preceded in death by his daughter, Kaelan Ashley Fromdahl and parents, Earl and Phyllis Fromdahl.

English Funeral Chapel is entrusted with the final arrangements for the Fromdahl Family. In lieu of flowers, send donations in his name to Cd'A Eagles #486 or his grade school, St. Francis Cabrini, Lakewood, Wash.

Plant a tree in memory of Paul by clicking here.
To send flowers to Paul's family, please visit our floral store.

Plant a tree in memory of Paul
An environmentally-friendly option

Plant a tree in memory of Paul

1 tree planted in memory of Paul

My husband and I met Paul at Eagles, and after lots of teasing and talking we became friends, even came to our house for superbowl one year.  He had that sense of humor that I found hard to break into but got a great smile out of him often.  I dont think for the first 6 months I knew him if his name was Paul or Kevin because he told me it was Kevin but everyone else called him Paul, lol   He was a good guy and his passing makes me sad as I almost always ran into him everytime we stopped at Eagles.  Happy to call you a friend!  RIP Paul (Kevin).  You will be missed you and your crooked grin❤️

A Memorial Tree was planted for Paul Kevin Fromdahl

Plant a tree in memory of Paul